Professor of the horticultural sciences department at the University of Florida and host of Colabra’s Talking Biotech podcast. 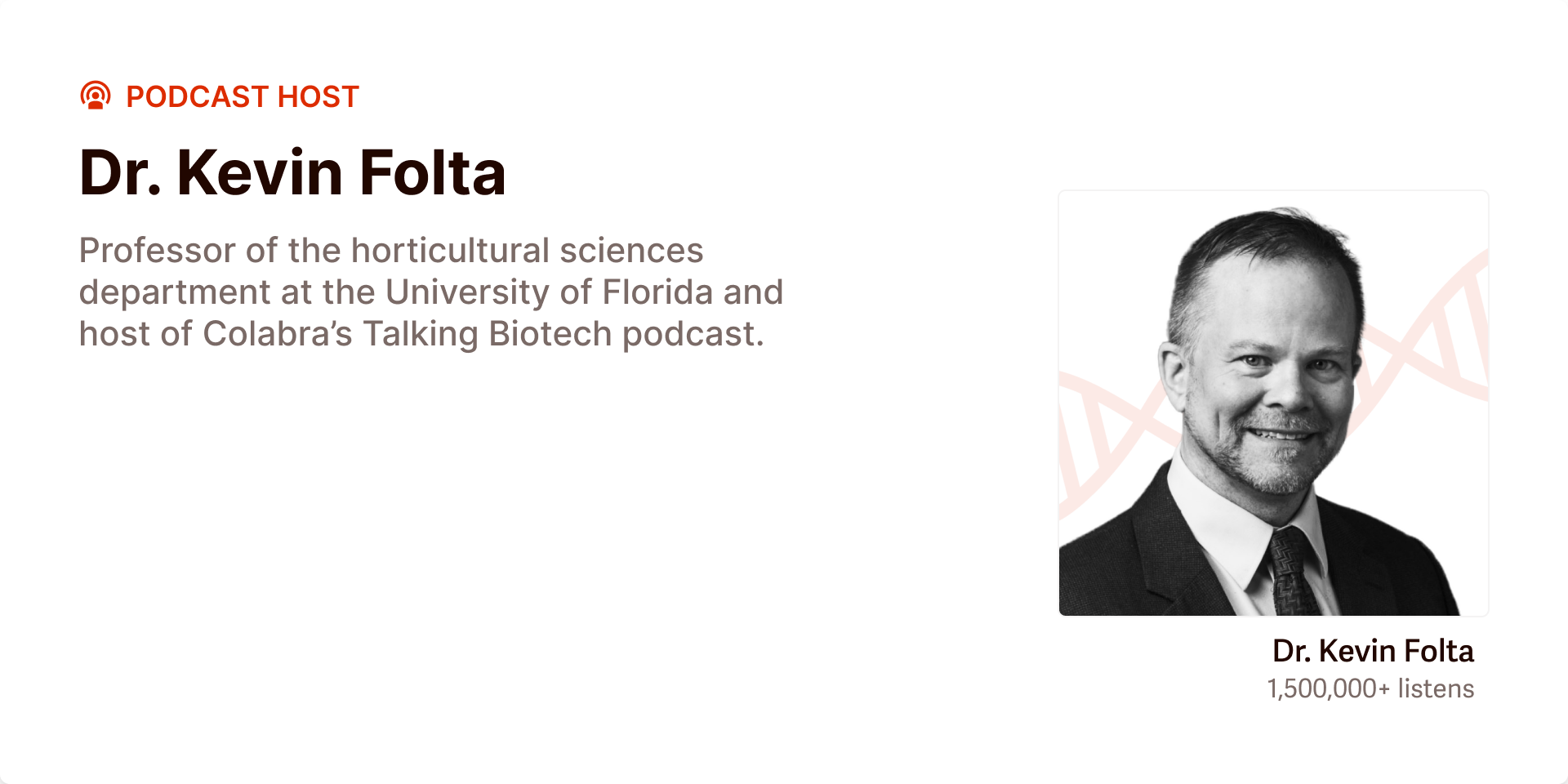 The Talking Biotech podcast is distinct from Dr. Folta's teaching and research roles at the University of Florida. The views expressed on the show are those of Dr. Folta and his guests, and do not reflect the opinions of the university or Colabra.

Dr. Kevin M. Folta has a background in both biology and communications. He has studied biology and agricultural biotechnology for over thirty years, working exclusively in public academic institutions. His research program examines the role of light in controlling plant traits, especially those relevant to agriculture. His group is known for using innovative genomics approaches to identify genes associated with fruit quality, especially flavors and aromas.

He has been a professor at the University of Florida since 2002, serving as Chairman from 2012-2018. His laboratory has hosted over 100 undergraduate researchers, dozens of international scholars, and trained many postdocs. He has mentored dozens of graduate students. His team has authored over 100 peer-reviewed research articles, scholarly reviews, and book chapters.

Outreach and science communication have been cornerstones of his program. His participation in community education have brought criticism that his efforts are simply guided by industry in exchange for payoffs and grants. Such allegations are baseless, yet penetrate social media. That has led to raising the bar with more media, more outreach, and better products.

Throughout his career he has trained in communications, served as a instructor in these areas, and performed countless seminars and consultations on science communications.

Yes, it is true. He was a waiter and busboy through college, he wrote and performed comedy, played guitar in a hair-metal/punk band in the 80’s, and was a bronze medalist in the Masters division of the USA National Karate Foundation national championship. Kevin also hates to refer to himself in the third person.